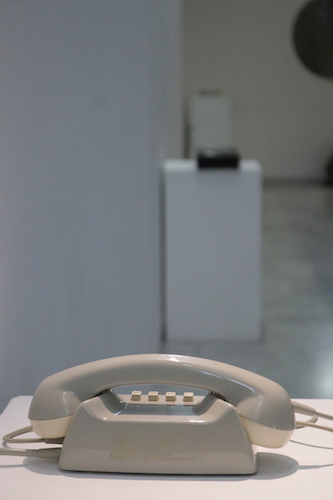 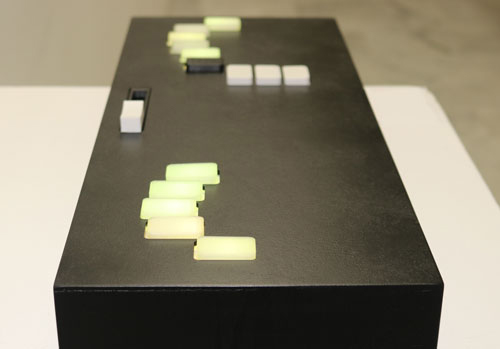 Vocal recomposer is an interactive sound installation, based on the history of the vocoder. It is a technology, best known for its use in science fiction and popular music, for producing robotic and other artificial voices. However, it was mainly developed in the military research during the WWII, as part of the secret then Project X / Sigsaly. It was used for encrypted voice communication. The vocoder's working principle is based on a process, which roughly resembles the function of a paper shredder. Instead of paper however, it slices the sound spectrum in separate frequency bands. The difference to the shredder is, that the same device also "stitches" these "bands" later back together. The result at the opposite communication end is an uncanny, machine voice. The Vocal Recomposer lets visitors talk to each other with vocoder voices. Through a specially developed interface, it makes the process of the "sound shredding" audible - it magnifies acoustically the very point where the original voice has been deconstructed beyond intelligibility and just before the stitching together have taken place. The interface is inspired by even earlier stage of the Vocoder's history - a machine called Voder (Voice Operating Demonstrator), invented in 1938 by Homer Dudley. This machine could imitate human voice with the aid of a human operator who typed on a specially developed keyboard. Similar keyboard is featured in the Vocal recomposer, allowing visitors to create noisy musical textures out of live processed voices of other visitors.