In a video installation, when the video is paused, only randomly scattered dots are visible. However, when it is played back, mysterious geometrical and other shapes emerge out of the dots. The video is shown on a mechanical, pedal-driven sewing machine, which can be set in motion by the visitors. Instead to sew, it plays back the video on a tablet. It does so by means of an adapted needle, which repeatedly taps on the tablet‘s surface. This seemingly absurd interface refers to forgotten facts about the early cinema, which surprisingly had much in common with cloth production. 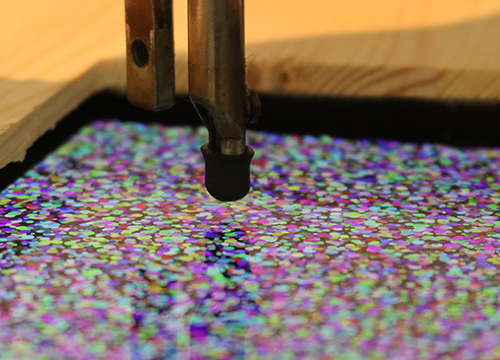 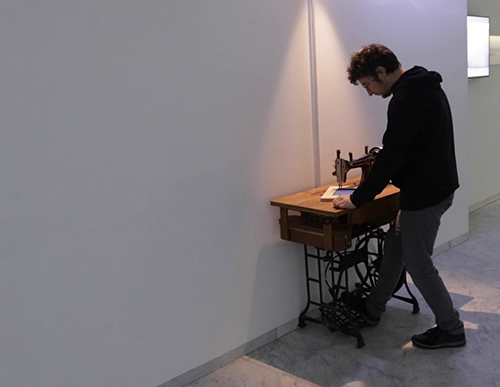 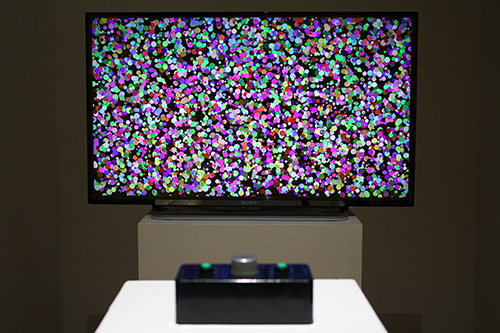