An invitation to bathe and float. The defunct swimming pool in the gardens of the former Executives’ Villa of the Solvay company will be reactivated by filling it with water whose saltiness will be similar to that of the Dead Sea. After a strenuous day’s work or at the festival, a relaxing float in the pool is on offer. Ebensee came about as a workers’ settlement for the salt-works which, to the present day, count as one of the most important operations in the region. The brine for the Sloggers’ Baths will be provided by the salt-works through which the salt, even though repurposed, will become an element of the Festival of Regions. 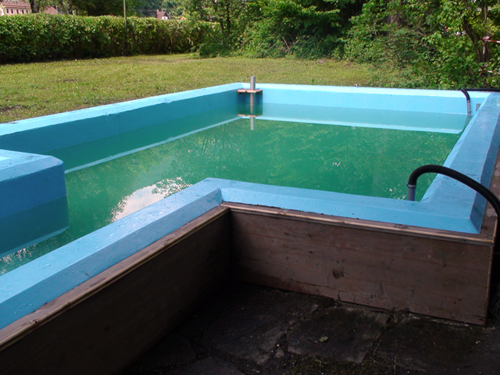